By its very nature the fitness industry supports a healthier planet, but in an age of heightened social awareness, and scrutiny of business ethics, is this still enough? We spoke to fitness corporate social responsibility (CSR) expert Ray Algar, who says to truly thrive in a post-recession, the fitness industry must move beyond memberships and P&L and strive for a greater social purpose. 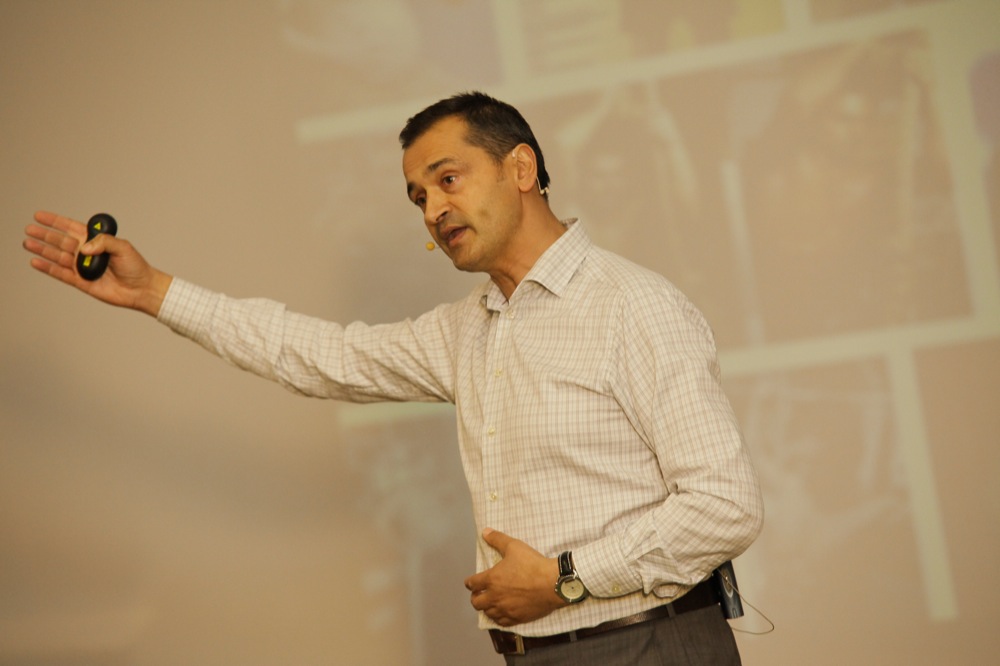 By its very nature the fitness industry supports a healthier planet, but in an age of heightened social awareness, and scrutiny of business ethics, is this still enough? We spoke to fitness corporate social responsibility (CSR) expert Ray Algar, who says to truly thrive in a post-recession, the fitness industry must move beyond memberships and profit and loss and strive for a greater social purpose (questions by Jak Phillips, Global B2B Content Manager at Les Mills).

As a big advocate of corporate social responsibility, how do you define it?

Corporate Social Responsibility (CSR) is when social and environmental issues are strategically woven deep into the mission of a business and interactions with all their stakeholders. The business is economically viable but simultaneously aware of its wider social responsibilities. So we can picture three spinning plates – economic, social and environmental and a ‘responsible’ business is simultaneously managing all three.

By stakeholder, do you mean investors?

A ‘stakeholder’ is any person or organisation who impact or are impacted by the business. So, the narrow definition would be investors, customers and employees. However, a wider definition encompasses the wider community, journalists, suppliers, friends of employees and even competitors. John Muir the Pioneering preservationist once said: ‘When you tug at a single thing in nature, you find it connected to the rest of the world.’ I think this is a lovely metaphor for contemporary business. The most successful businesses recognise that stakeholders are inter-connected and that actions can quickly ripple from one group to another.

Can we describe charity-giving as summing up the essence of CSR?

There is probably a misunderstanding that charity-giving and CSR are one and the same thing. However, a simple donation to charity demonstrates how a business chooses to spend a part of its profits and not how they are first generated. TOMS, by contrast, is a very interesting business which has embedded CSR deep into its mission. Blake Mycoskie founded TOMS following a visit to Argentina where he witnessed that the lack of shoes was preventing children from attending school. With no experience in the shoe industry he created a for-profit business based on a one-for-one model – for every pair of shoes purchased, one pair is donated. Working with humanitarian organisations, TOMS has now donated more than 60 million pairs of shoes. These shoes are often sustainably produced in the country of need which helps to also create employment. TOMS has kick-started a global ‘one-for-one’ movement across many industries and has itself now also moved into eyewear – one bought pair of glasses funds one sight-saving surgery.

Why do you think CSR is growing in prominence?

I think there is a large pull-effect from consumers who are becoming deeply invested in better understanding the products and services they buy – the entire journey from production to consumption. This, in turn, is catalysing organisations to act more ‘responsibly’ because they understand that their decisions and behaviours will be intensely scrutinised. Business leaders also recognise that as they grow, they can become highly influential given the size of their stakeholder community. Planet Fitness, the North American low-cost gym chain now has around 10 million members (beginning of 2018) which is double the entire population of New Zealand. Imagine the impact that can be achieved when you ask 10 million people to focus on a social issue. Les Mills galvanised its own global community into action recently with its Workout for Water campaign in support of UNICEF. I believe that customers, employees and other stakeholders increasingly want and expect a business with significant influence to use it for the wider social good. What’s been the fitness sector’s track record on CSR to date?

The fitness sector is driven by an altruistic purpose; public and private sector operators all exist to serve and support the health and well-being of their customers. When writing my Fitness Sector Social Good Report, I interviewed Giles Gibbons who runs a CSR agency called Good Business. What surprised me about the interview was that Giles was not advocating that clubs fixate on becoming more environmentally aware and ‘green’, but that they first double-down and focus on enriching the health and well-being of members and customers – their core purpose. This is their primary social responsibility. Of course, water-conserving showers and self-powering cross-trainers are beneficial, but society is best served by clubs becoming better health promotion and wellbeing experts. To enable this social purpose to be delivered, fitness businesses must first be designed and operated in a responsible way and in this respect, the industry has a mixed history. Too often, clubs across many countries, have been accused of being sales-obsessed, with complicated contracts that are difficult to terminate. So given the choice of reducing paper use across a health club chain or simplifying a membership contract, I know which I would prioritise.

As private equity and other external investors have entered the sector, there have been claims made by stakeholders that return on equity rather than return on health is what matters. Success is often measured in financial terms rather than lives improved or enriched. Given the 24-7 public scrutiny of how businesses operate, having a reputation for putting financial performance above all else leaves it highly vulnerable. Contrast this with My Sportlady, a women-only club in Munich. During the global economic crisis, a number of the members began asking to cancel their membership. Jasmin Kirstein, the founder, did not believe this was the right thing for her members to be doing – not visiting a club that some had belonged to for many years would just provide more instability in their lives. So she decided these members could use the club for free or simply pay what they could afford until they secured new jobs. Compassionate acts like these resonate widely and will pay you back but they won’t be captured in next month’s financial report.

How else should we be measuring the social impact of clubs?

I have recently started a strategic partnership with the DataHub which is presently a UK-only project for all facilities across the health and fitness sector to bring their data together on a daily basis. More than 400 million facility visits have now been captured. One DataHub module is the social value calculator which has been developed with Sheffield Hallam University in the UK. Now we have the ability to analyse the membership of a club and systematically measure its social impact – the values associated with how it has improved health, reduced crime among young people, improved levels of well-being and educational attainment. Rather than describing the club’s achievements in terms of attendance or satisfaction levels, we can begin to have conversations around the societal value which to me sounds far more compelling and persuasive.

Which fitness CSR programmes have particularly stood out for you?

I admire the social projects of Cia Athletica, an 18-club chain in Brazil. Richard Bilton, the CEO believes his clubs should be a platform for driving social change across the country. During a visit to Brazil, Richard mentioned a shoe collection project their clubs had started. The simple idea was to ask members to bring in their old gym shoes when they were about to replace them. The shoes were laundered, bagged and passed to Symap, a Brazilian charity providing running training to individuals who could not afford to buy specialist training shoes. Cia Athletica collected 700 pairs of shoes to kick-start the project and is now collecting just under 4,000 pairs each year. I was fascinated by Richard’s project because it made me wonder how big could this shoe project could become if other clubs around the world were inspired to get involved? It does not take long now for an idea to build momentum and spread. This was the catalyst for me to develop Gymtopia which curates the global fitness industry’s philanthropic projects. Les Mills UK, in fact, helped to seed-fund this project for which I am very grateful. The idea is to bring these social and environmental projects together so that others can discover and imitate them.

What would you say to people looking at tight margins thinking can I really justify a CSR spend right now?

I would say to not look at CSR as a superficial ‘green-washing’ exercise or some occasional random acts of charity. I hope that readers will now appreciate that a responsible club is built from the centre or core first. Focus first on getting better at delivering on the everyday mission of the club – excelling at this is being a socially responsible business and costs nothing other than an investment in time.

Among the growing ocean of clubs, studios and other fitness providers, what is your business doing in standing for something and using your influence to create some meaningful social change? There is growing evidence that customers want businesses to use their influence to create social change while staff want to belong to an organisation which has a meaningful mission. This is what I would be fixating over if I were operating a fitness business today.

This article was originally published on Les Mills. My thanks to Jak Phillips, Global B2B Content Manager at Les Mills for suggesting that we discuss this significant topic.