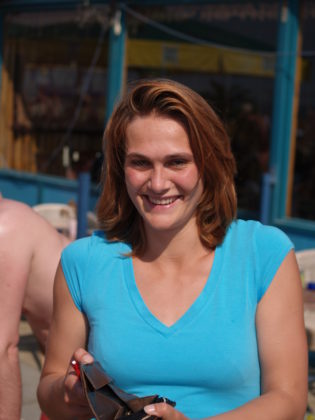 ‘Can I recommend today’s special two-course 499 calorie meal’ said the aspiring actress-come-waitress at one of Massachusetts finest restaurants.

This could be what greets future diners if Massachusetts decide to adopt new measures to curb the state’s rising levels obesity. The percentage of Massachusetts adults who were overweight or obese rose from 43 to 59 percent from 1990 to 2007.

Like New York City, Massachusetts is targeting fast-food chains, both because of the uniformity of their products and broad appeal, especially to lower-income consumers who are more often overweight. The state estimates that around 2,000 restaurants would fall under the rules, which cover chains with at least 15 stores in Massachusetts.

“People often really are not aware of what’s sitting on their plate – it’s a big portion, they’re talking to their friends, they have no way of knowing exactly what they’re eating,” said Dr. Caroline Apovian, director of the Nutrition and Weight Management Center at Boston Medical Center. “But if the information is sitting right in front of you . . . it’s hard to deny.”

For several years, restaurant chains have provided information on calories, sugar, and fat on websites. However, New York City’s health commissioner, Dr. Thomas R. Frieden, said a survey by his agency showed that fewer than 5 percent of fast-food diners were aware of calorie information.

In New York, posting calorie readings on menu boards has been mandatory at all fast-food chains since spring 2008.

So, before ordering that Steak and Egg Cheese Bagel, with medium fries and small milk-shake, get to know your numbers – that will be around 1,500 calories. On second thought, I’ll have the Caesar salad with water!